The office of UIS is located on the 5th floor of the IMM building, close to Jurong East MRT station in the Western part of Singapore.

The details of the business include the importing and exporting of the various materials related to plating, such as plating chemicals, industrial chemicals, metal and machinery. These items are imported from the parent company, C. Uyemura (Japan), and from the overseas group companies and are mostly sold in the ASEAN region.

One company was established as an agency in Thailand, Indonesia, Malaysia, Philippines and Vietnam. The structure was built for sales and technical support that would be more closely linked to the regions. List of agencies in each country as follow table.

UIS agency meeting is held annually in different country each year. Information is exchanged on the markets, clients, technologies and sales. The meeting also help to strengthen the unity in the Uyemura Group.
Of the various overseas group companies, we have created a particularly close relationship with Uyemura (Malaysia) Sdn Bhd. (hereinafter called “UMM”) as a fellow subsidiary. UMM is located in Johor Malaysia. It has received a licence from C. Uyemura (Japan) to manufacture various plating chemicals and all the products are sold via UIS.

Over many years, the main products that we sold were specialist electroless nickel plating solution products to be used in the surface treatment of HDD (hard disk drive devices) media. C. Uyemura began the development of products for this application from 1984. It sold the “AD process” for pretreatment use and the “Nimuden HDX” series for electroless Ni-P plating for substrates. These became the major products for Uyemura Group in the 1990s and their sales peaked was in 1996. An average of 1,600 tons per month was being shipped to overseas company. Started to advance into the ASEAN region as a manufacturing base for HD (hard disk) substrates, we established UMM in July 1996 in Johor Malaysia. The purpose of the business was to manufacture and supply electroless nickel plating for HD substrates and operation began in August 1997. UIS began selling UMM products in 1998.

Products which had grown rapidly in recent years is sales to the printed wiring board (PWB) market. There has been a notable advance into ASEAN by not only Japanese companies but also companies from Taiwan, Europe and America. The demand and sales are particularly increasing in Thailand, Malaysia and Philippines.

In general plating, two-wheeled vehicle production and demand in the ASEAN region overall is equivalent to China. Other major products sold include materials for nickel-chrome plating on rims, muffles and others for hard plating on piston cylinders. 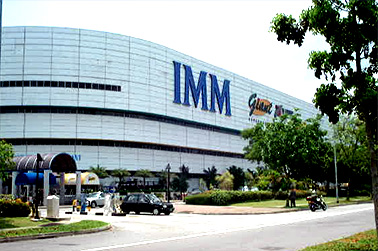